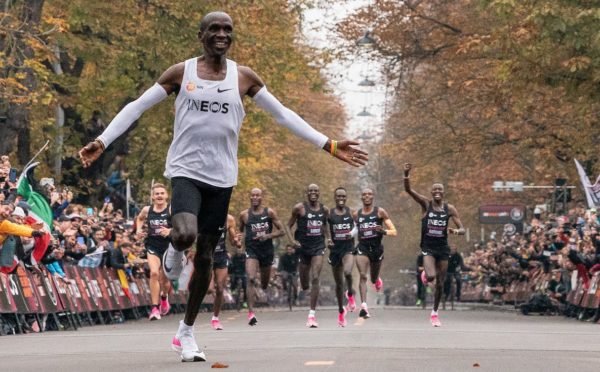 Eliud Kipchoge added another page to his legendary status when he was named World Athlete of the Year in the Male division at the World Athletics Awards 2019. The gala was held at the Grimaldi Forum in Monaco on Saturday November 23.

In April, Kipchoge captured his fourth victory at the London Marathon with a 2:02:37 course record, the third fastest performance of all time.

Other attempts had been made by Ethiopian Lelisa Desisa who ran the distance in 2:04:45 and former world half marathon record holder Zersenay Tadese of Eritrea who clocked 2:10:41

The half marathon time is especiallyt incredible because only one person has ever run a half marathon faster: That is Geoffrey Kamworor who holds the world record.

Kipchoge’s feat did more than anything else to attract attention to a sport that over the last. After his feat, Kipchoge received congratulatory messages from world leaders including Barrack Obama and Cyril Ramaphosa.