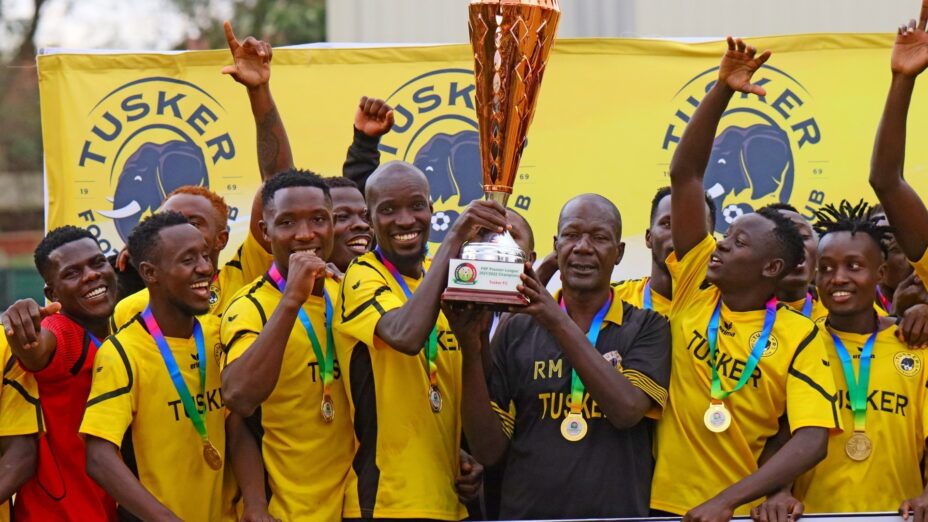 Kakamega Homeboyz seemed destined to win their maiden league title. At the halfway point, they had an 8 point league atop the table. They were still leading with 3 games to go but faltered at the last moment allowing an experienced Tusker side to grab the title at the last moment. 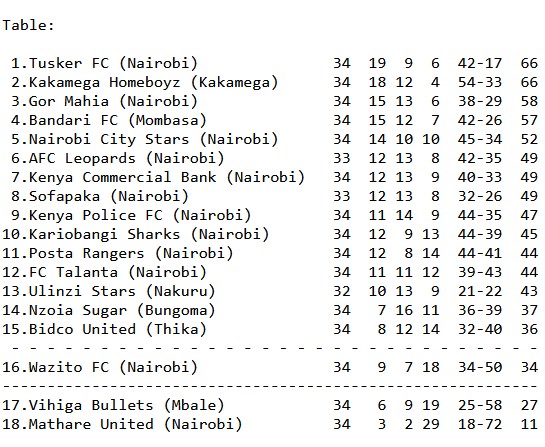 After disbanding FKF, minister Amina Mohammed appointed a caretaker committee led by retired judge Aaron Ringera. Their mandate was to “clean up” the sport.

Fans held out hope that Judge Ringera and minister Amina Mohamed would usher in much needed reforms to eradicate corruption and enforce good governance which was badly needed to address the corruption of the FKF team led by Nick Mwendwa, Doris Petra and Barry Otieno. But it was not to be. Both Ringera and Amina Mohammed were completely ineffective.

Gor Mahia and AFC Leopards had also been sanctioned by FIFA who prevented them from signing new players until players and officials who were owed money were paid.

Mathare United forfeited three games as chairman Bob Munro claimed he had no money to run the club.

The FKF cup was not played.

Due to the FIFA ban, Harambee Stars were locked out of the 2023 Africa cup of nations qualifiers.

The Harambee Starlets were slated to play the Uganda Crested Cranes in the final qualifier for the women’s AWCON. However FKF CEO Barry Otieno dashed their hopes when he wrote a letter to CAF withdrawing them. Otieno instantly became the most hated person in Kenya football.