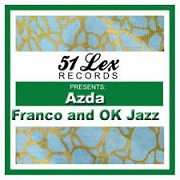 One fact that would surprise many Franco fans is that many of his songs were actually paid infomercials. One of the most famous of his infomercials was the song AZDA released in 1973. It was a song about a Volkswagen dealership known as Association Zairoise d’Automobiles or AZDA  for short.