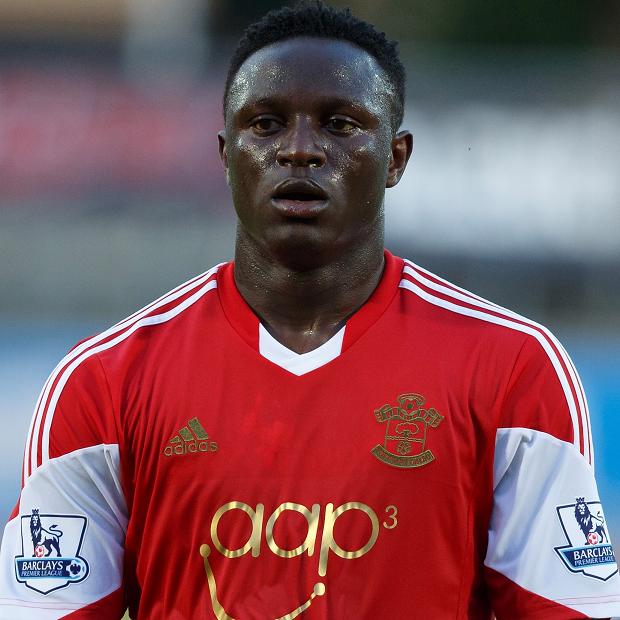 Victor Wanyama made history on July 11 2013 when he became the first Kenyan ever to be signed by a team in the English premier league when he joined Southampton from Glasgow Celtic. The transfer fee was £12.5 million, making him the most expensive player ever from the Scottish premier league.

He was born on 25 June 1991. He and his elder brother MacDonald Mariga are the sons of Noah Wanyama who was a brilliant winger for AFC Leopards football club in the 1970s and early 1980s.The senior Wanyama was then one of the most re-known players in the Kenyan league and played a key role when AFC won the CECAFA club cup for the first time ever in 1979.

His passion for football started when he heas seven years old. ” I was seven years old. I was in Class One. At that tender age, I was selected to represent Nairobi in some major tournament where I gave it my all and we won.” said Wanyama.

Like many other boys in Nairobi’s Eastlands, Wanyama gre up playing barefoot with polythene balls. “There were days I had to walk for several kilometres because I had no bus fare to go for a match in which I was scheduled to play. I did not have football shoes and had to play in torn ones. Most of the times I played football the African way or in sheng we say mguu chuma (without shoes). I also played with a juala (make-shift) ball while in the mtaa (estate) said Wanyama.

. He attended St Peters Claver Primary School, which is located on Race Course Road, before joining Kamukunji High School. During this period, Kamkunji was one of the premier football schools in the country with players like Dennis Oliech, MacDonald Mariga and George Odhiambo “Blackberry”. At Kamkunji, Wanyama featured as an attacking midfielder.

It was while at Kamkunji that his talents came to the fore. During this era he was discovered by talent scouts and invited to join JMJ football academy in 2006. At the same time he joined Nairobi City stars which had recently been promoted to the Kenya Premier league. While JMJ nurtured his talent and instilled fundamentals, City stars gave him invaluable experience playing in the national league at a young age. In 2007 he joined AFC Leopards, his father’s former team which was uncharacterically languishing in the lower leagues.

Wanyama moves to Helsigbourgs IF

In 2007, Wanyama was invited to join Helsingborgs IF of Sweden. There he joined his elder brother Mariga. But Mariga would soon leave to join Parma of Italy on loan. Wanyama was unable to settle at Helsingbourg IF and soon returned to Kenya. During this period, Wanyama made his international debut in a friendly against Nigeria at Kasarani.

However, after Victor’s arrival, the brothers were quickly broken up when Mariga moved to Serie A side Parma on loan in August 2007.
Still only a teenager, Wanyama failed to settle in Helsingborg and returned to Kenya. No sooner was he back in Kenya than he was invited for trials again, this time with Belgian club Germinal Beerschot on trial before signing a four-year deal to move there on a permanent basis. He was amongst a number of other young Kenyans who joined Belgian sides during this period. Others were Ayub Timbe, Johana Omollo and Edwin Oluoch.

He soon made his debut for Beerschot, playing in a score-less draw with KV Kortrijk on 4th October 2008. That was his only taste of first-team action in 2008/09 season. But he was now a fixture in the national team, appearing in a friendly against Iran and a 2010 FIFA World Cup qualifier versus Tunisia in March 2009.
The 2009/10 season marked Wanyama’s coming of age as a professional footballer. He made 20 appearances for Beerschot and was impressive enough that Glasgow Celtic and CSKA Moscow made offers for him. But Beerschot resisted. The following year Wanyama was in superb form as he helped Beerschot to a mid table finish while making 34 appearances.  Wanyama scored his first professional goal in December 2010, scoring the equaliser in a 1-1 draw at Westerlo. His second goal  also came against Westerlo in 2011.  It was a late goal that snatched a 3-3 draw.

His continued superb performances at Beerschot made Celtic even more determined to sign him. This happened on 9th July 2011 when Wanyama joined Celtic on a 4 year contract. The transfer fee was £900,000. Wanyama became the first Kenyan to play in the Scottish premier league.

His Celtic debut came in a shock 1-0 home defeat at the hands of St Johnstone. His  first goal for the green and white Hoops arrived in December 2011 when he scored in a 1-0 win over Hearts. . It was at Celtic that Wanyama’s talents started to come to the fore amongst fans of international football. He won the SPL Young Player of the Month award soon after his second goal for Celtic.

The 2011/2012 season marked the first time that Wanyama got a winners medal when Celtic won the Scottish league beating arch rivals Glasgow Rangers in a photo finish.
In the 2012/2013, Celtic won a league and also won the cup when  they beat Hibernian. Wanyama played for Celtic 49 times, scoring nine goals.

He won rave reviews for his superb performance against Barcelona in the European champions league, a performance he capped by scoring the opener as Celtic beat Barcelona 2-1 win at Parkhead.

Below is a video of his goal against Barcelona

He was named  the 2013 Clydesdale Bank Young Player of the Year and was now one of the hottest properties in Britain and was a target of several European clubs. He left  Glasgow Celtic having appeared 91 times and scored 13 goals.

Having become a fixture for the national team by 2010 Wanyama ‘s influence in the national team continued to grow in stature. By 2011 , then coach Zedekiah Otieno had made him a permanent fixture in the starting line-up, playing in midfield alongside his brother Mariga. One of his best performances was against Uganda in the 2012 AFCON qualifier played in Kampala. Aside from a brilliant performance by Arnold Origi, Wanyama was the best player on the field. He was even better against Nigeria in both legs of the 2014 world cup qualifiers as Wanyama seemed to cover every blade of grass of the field and seemingly intercepted half of the Nigerian passes. Indeed Wanyama’s ability to anticipate the flight of a pass and intercept it is one of his biggest strengths. In 2013, coach Adel Amrouche made him the Harambee stars captain.

Following his superb performances fo Celtic, Wanyama had been the subject of much transfer speculation with Wanyama being linked to teams like Manchester United, Cardiff City and Liverpool.. When negotiations started with Southampton, they were protracted. On 11 July 2013, he finally completed the move to the Saints for £12.5m.

He made his debut on 17 August, in 1–0 away win against West Bromwich Albion. Wanyama’s impact at Southampton was immediate as he patrolled the Southampton rear guard putting in numerous timely tackles and disrupting opposing teams. After his first season, his defensive prowess was best described statistically: Southampton conceded on average a goal every 121 minutes when he was on the pitch and that dropped to every 57 minutes when he didn’t play.