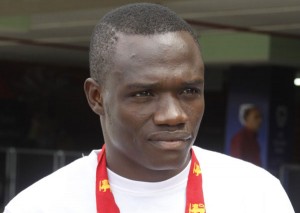 The 2016 African boxing championships were held in Yaounde Cameroon in March of 2016. The     championships doubled up as the qualifiers for the 2016 Olympics with the top three finishers in each weight categories being granted a place at the Olympics.

Rayton Nduku Okwiri was the only Kenyan to earn a direct berth to the Olympics. In the process, he became the 2016 African champion. Kenya won a total of seven bouts.