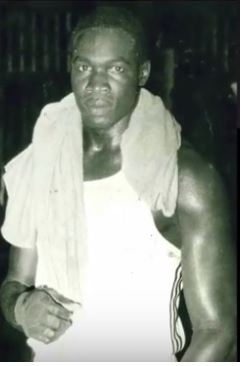 It was a superbperformance by Kenya especially since in those days, referees and judges were blatantly biased against African boxers.

The most egregious example was the final between Nicodemus Odore of Kenya and Charles Kane of Scotland. Odore totally dominated the Scott. At the end, the BBC commentator who was British said” The Kenyan has obviously won this contest”. Odore had left Kane with a swollen eye and also forced Kane into a standing count in the third round. However at the end, the referee raised, Kane’s hand signifying that he had won the contest. The Kenyan corner reacted in disbelief as did the thousands of Kenyans who were watching the bout live on television. In those days, the Kenya boxing team, popularly known as the “Hit Squad” was a big television draw. 1 thought on “Kenya boxing results at the 1990 Commonwealth games”