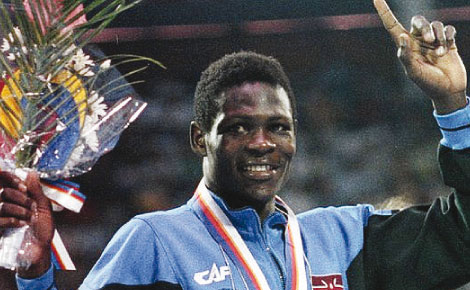 Kenya’s performance at the 1988 Olympics is the best ever by an African nation. Robert Wangila became the first African ever to win an Olympic gold medal. This is a feat that has not been replicated by any other African since then. Light Middleweight Christopher Sande reached the semi-finals and earned a bronze medal. Three other Kenyans made it to the quarter-finals: Stephen Mwema, Joseph Akhasamba and Harold Obunga. Of note: Super-Heavyweight Chris Odera lost to future world heavyweight champion Lennox Lewis who was then fighting for Canada. Video of Robert Wangila in the gold medal match