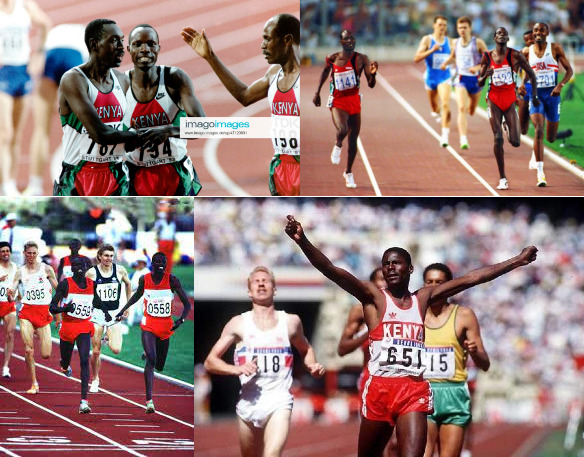 During the period between the late 1980s to the early 1990s, Kenya boasted a glittering array of 800m runners. During this period, Kenya took depth in this distance to ridiculous levels. One race in particular exemplified the ridiculous depth that Kenya had at this event. It was the 800m race at the 1992 Olympic trials. The participants included:

“You had the Olympic champion, Ereng; the world champion, Konchellah, and the Commonwealth champion, Sammy Tirop, and none of them made the team,” said O’Connell. “That’s what running in Kenya is like.” quipped legendary coach Brother Colm O’Connell,

Other Kenyan world class 800 metre runners during this period included:

If there were 4 X 800m races during this period, Kenya could have swept the podium with three different Kenya teams winnning gold silver and bronze.