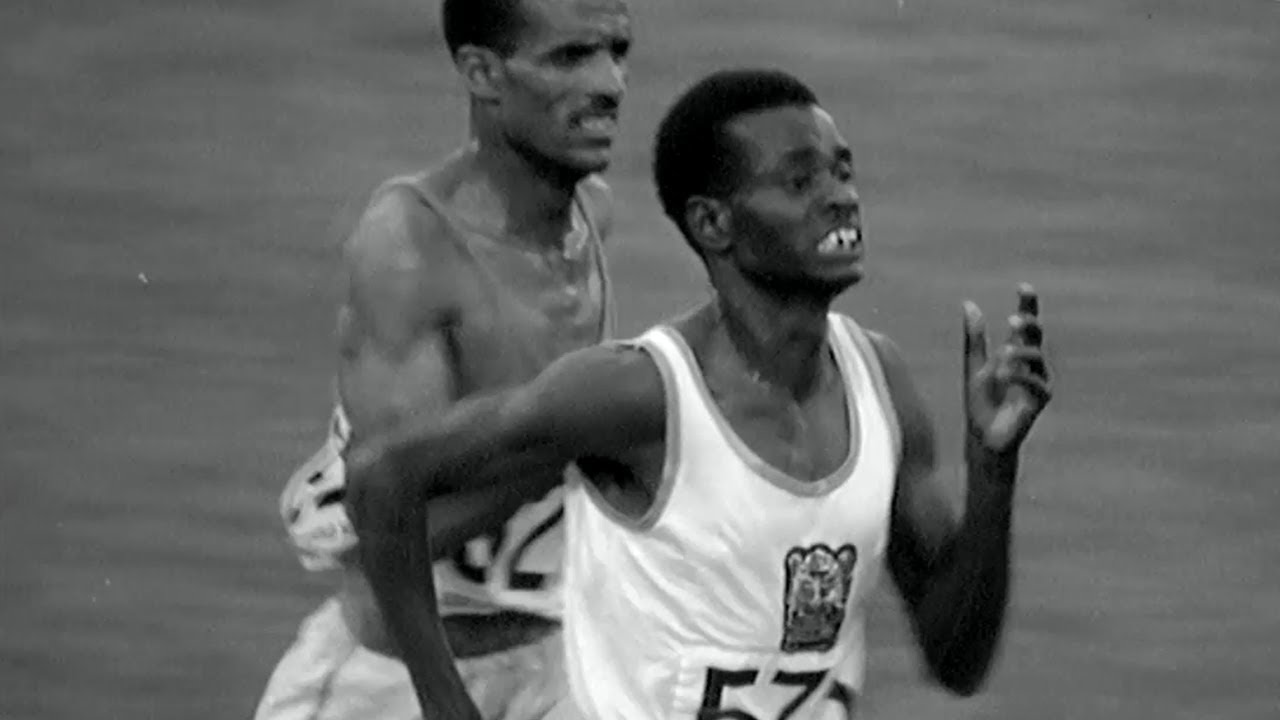 The 1968 Summer Olympics were held in Mexico City, Mexico, from October 12 to the 27th.These Olympics were the most memorable Olympics in history. Firstly there was the black power salute given by two American runners Tommie Smith and John Carlos to protest racial injustice in America. Then there was the tussle over South Africa’s participation. The IOC originally invited them. But when several countries threatened to withdraw, their invitation was rescinded. In gymnatics, Věra Čáslavská of Czechoslovakia quietly turned her head down and away during the playing of the Soviet national anthem as a silent protest against the recent Soviet invasion of Czechoslovakia.

For Kenya also, these were the most memorable Olympics. Firstly, the games yielded Kenya’s first ever gold medal. The games established Kipchoge Keino as a legend after he fought off gallstones to beat the American hot favourite Jim Ryun and these games also established Kenya’s traditional as the pre-eminent power in the 3000m steeplechase.

The 10,000m race was an epic battle between Naftali Temu, Mohamed Gammoundi who won the gold medal in the 5000m and Mamo Wolde who won the marathon gold. The world record holder, Ron Clarke of Australia was a stromg favourite.  Also in the race was Kipchoge Keino who was keen to become the first Kenyan gold medalist.Temu was also a strong favourite, having won the 6 mile race in the 1966 Empire and Commonwealth games.

Kipchoge who was competing in two other events, dropped out midway in the race. The last lap was a contest between Wolde and Temu. Wolde led for most of the last lap before Temu Shifted gears and passed him in the last 50 metres. On the finish line to meet him was Kipchoge Keino. It was a momentous occassion: Kenya’s first ever gold medal.

1968 was the year Kenya’s dominance in the 3000m steeplechase started. No event has ever been dominated by one country the way Kenyans has dominated this event since then. Going into the race, Benjamin Kogo was Kenya’s best hope. He had won a gold medal in this event at the 1965 All Africa games and a bronze medal at the 1966 British Empire and Commonwealth games. At the last waterjump, Kogo took the lead and looked set to win gold. But his compatriot Amos Biwott had more petrol left in the tank and he passed Kogo after the last barrier to win gold. Kogo took silver. The worldwide legend of Kipchoge Keino was created at the 1968 Olympics. In the 1500m, the heavy favourite was the American Jim Ryun who had dominated this event as well as the 800m between 1966 and 1968. He had set world records in the 800m, 1500m and mile during this period. He appeared invincible. What made him difficult to beat was his searing finishing kick which had used to see off every rival including Kipchoge Keino who lost to him several times between 1966 and 1967.

Keino was also running against very tall odds.  He was at the time suffering from gallstones and participated in the Olympics against his doctor’s advice. He finished second in the 5000m and in the 10,000m he collapsed with only a few laps to go. He thus opted out of the 1500m final, which was to be run the following day, only to change his mind a few minutes before the race began. He then jogged from his hotel room and arrived just in time to start the race.

For this particular race, he devised a different plan. Knowing that they could not match Ryun’s finishing kick. Keino and team-mate Ben Jipcho set a searing pace. First it was Jipcho, the Keino who took over midway through the race. He would go on to set up such as huge gap that by the time Ryun made his move, it was too late to catch Keino who went on to win in 3:34.91 which was an Olympic record but also a very good time at high altitude. He was well ahead of second placed Ryun.

Wilson Kiprugut Chuma, who had won Kenya’s first ever Olympic medal in 1964, a bronze, improved on his performance to win silver in the 800m. Kipchoge Keino won a silver in the 5000m where Naftali Temu added a bronze medal to the gold medal he had won the 10,000m

Kenya finished second in the athletics medal table with 3 gold 4 silver and 1 bronze thus announcing itself as a distance running powerhouse. Many experts however dismissed Kenya’s performance stating that their performance was aided by the high altitude of Mexico city and that the country was unlikely to continue their successes in sea level competitions.