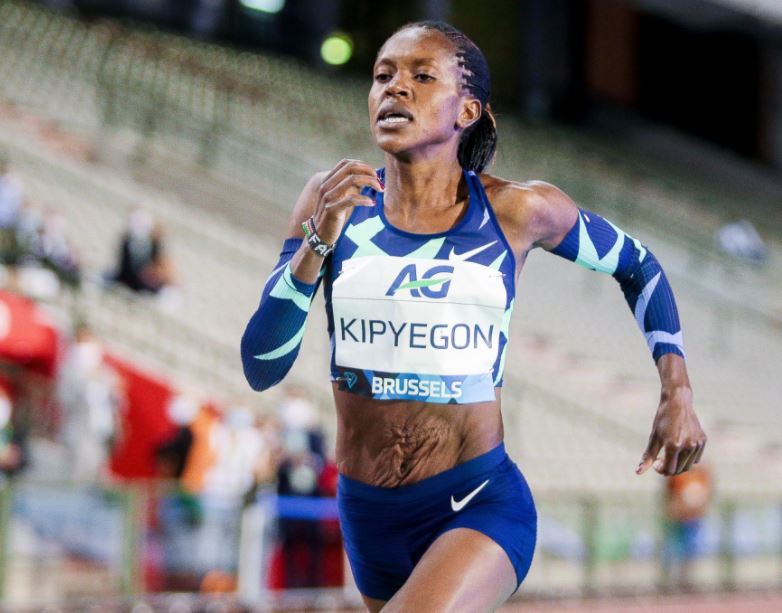 Faith Kipyegon was the only Kenyan winner at the 2020 Brussels Diamon League. She was going after the 1000m World Record which was set by Russian Elena Masterkova in 1996. The record stands at 2:28.98.

Kipyegon followed the pacemaker until the final lap upon which Kipyegon ran the rest of the race alone. Despite running at a torrid pace, Kipyegon missed the record, by only 187 hundreths of a second, clocking 2:29.15.

She is now the second fastest woman all time over the distance and is the Africa record holder.