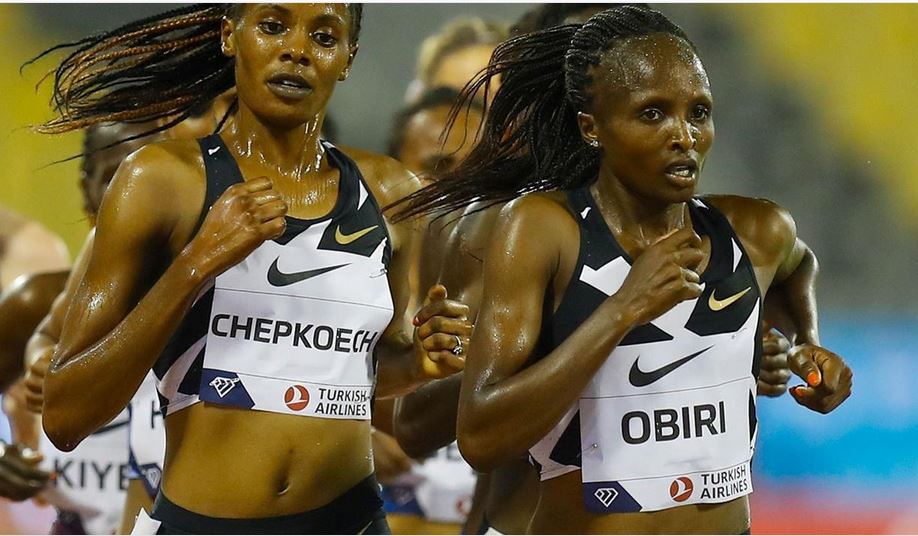 The women’s 3000m was an all Kenyan affair as Kenyan women occupied the top 5 positions, relegating giants Gudef Tsegay of Ethiopia and Laura Weightman of Great Britain to 6th and 7th positions respectively.

Hellen Obiri came in as the favourite. After good pacing by Winny Chebet, Obiri took the lead. Beatrice Chepkoech who typically runs in the steeplechase, challenged Obiri in the last lap, taking the lead at the bell and attempting to push the pace in order to break Obiri. But Obiri was unbreakable. She took the lead as she normally does with 300m left with her typical sudden acceleration and did not look back. Chepkoech gave chase using her elegant long strides but could not catch Obiri who won in a world leading time of 8:22.54.

Agnes Tirop, who is a 10,000m specialist, made a late surge to pass Chepkoech at the finish line to take second place. Chepkoech took a creditable third place. Margaret Kipkemboi, who took silver in the 5000m at the 2019 World Championships took fourth place. Hyvin Kiyeng, who surprisingly won the 3000m steeplechase was also way out of her comfort zone and took a creditable 5th place.

With so few distance races available in the Diamond League program and with the 2020 season being shortened due to the Corona Virus pandemic, Kenyan runners have been forced to diversify and get out of their comfort zones and they are excelling.