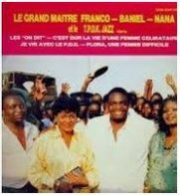 In 1987, Jolie Detta who had sung on the popular album “Massu”, left TP OK Jazz. Franco recruited two musicians to replace Detta. The two were Baniel Bambo and Nana Akumu. The duo went on to sing lead vocals on several hit songs and were prominent whenever TPOK Jazz were on tour. Akumu had previously sung for a Kenya based band known as Bana Ekanga A woman describes the aily difficulties of raising a family on her own. She comes from a poor family and earns a living as a prostitute. She has given birth to several children and their fathers have left her with the task of raising the children herself.