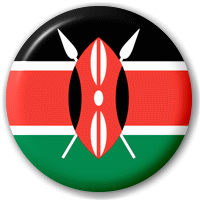 This article uses a KCSE style grading system to review the performance of the major Kenya sports associations in 2014. Points are awarded according to the table below:

AK does well in social media presence because their social media pages usually updated with the latest news. The AK website is professionally constructed and up to date. A further improvement would be to provide full results of each meet including the times clocked by each runner

As with all other transparency is non-existent at AK. 2014 has been a public relations nightmare for AK amid accusations of lack of transparency, incompetency and their inability to address the doping menace adequately.

AK scores well in youth programs and youth development because in 2014, Kenya finished second in the IAAF junior championships. However nothing has been done to scout and mould athletes for field events and short distances.

AK continues to score well in gender equity because both senior teams and youth teams are adequately represented with women who have almost the same opportunities as men. In fact the women are now starting to outperform the men

KRFU scores highly in participation in international tournaments. In 2014, Kenya’s 15 a side team played in the African championships and came very close to qualifying for the world cup. They also participated in South Africa’s Vodacom cup. And as usual, Kenya played in the IRB sevens. And here is where KRFU loses points because Kenya’s performance

KRFU also scores highly in web presence and social media. All their social media outlets, facebook, twitter et al and their website are all regularly updated. KRFU is the association with the most sponsors in Kenya which means they are doing very well in marketing.

KRFU has continued to do well in grassroots outreach. Whereas the sport used to be concetrated in Nairobi, there are now teams all over the country and regional leagues in the former Nyanza, Western and Rift Valley provinces.

When it comes to transparency, KRFU has taken a significant hit in 2014 with many of their top officials including chairman who recently resigned.

In terms of gender equity, KRFU does adequately but not well. The Kenya women’s sevens team participates in a number of tournaments including the Dubai sevens and the womens team won the 2014 Elgon cup over arch rivals Uganda.

KRFU continues to participate and perform well in youth tournaments. In 2014, Kenya finished second in the Africa U-19 rugby tournament, including a notable win over Zimbabwe in the semis. Zimbabwe usually has very strong youth teams thanks to their excellent schools rugby systems.

2014 was a public relations nightmare for KRFU. Among other things, coach  Paul Treu resigned citing interference from the board. The sevens team performed poorly. And the KRFU seemed in total disarray.

FKF does poorly in participation, performance and hosting. For the umpteenth time, Kenya failed to qualify for the Africa cup of nations. Elimination by lowly Lesotho was especially appalling.

At present the FKF website is non-functional while their social media pages have not been updated since 2011.

FKF does a poor job of marketing the sport or promoting it at the grassroots. In fact FKF greed has caused the demise of popular grassroots tournaments like Sakata ball.

As with other associations, transparency is non-existent at FKF. Youth development is as good as dead and Kenya withdrew from virtually all youth tournaments. Vice Chairman Robert Asembo recently said in a TV interview that youth development is not a priority for his organization. It comes as no shock therefore that Kenya will continue to be perennial losers.

FKFs record in gender equity is appalling. The Kenya women’s national team is dormant as are all the youth teams. FKF does literally nothing to promote women’s football.

FKFs public relations is poor due to their constant fighting with other parties. In 2014, they picked a fight with the KPL over whom should run the national league. Due to poor public relations. FKF is unable to get sponsorships, which is why they keep having to withdraw teams from international competitions.

The KBF performed poorly in participation and performance. 2014 was the year when KBF incompetence saw Kenya miss out on an opportunity to qualify for the Africa basketball championships as both men and women’s teams lost to well prepared Ugandan sides. Kenya’s preparations were poor as usual.

KBFs does have social media pages but they are not updated as often as KRFU and AK. As we speak, it has not been updated in 2 months.

Kenya lost to their Ugandan counterparts at youth level. And they lost heavily. It had become common place to lose to Rwanda at basketball. Kenya is now being pummeled by Uganda. Youth development is dead and is mostly left to the schools, most of which do not have qualified coaches.

In terms of gender equity , KBF does well. In fact the women’s team always does better than the men’s team and 2014 was no different. KBF does very poorly in public relations because they do absolutely nothing to promote the game.

In terms of participation and performance Kenya volleyball can be classed as moderate. The Kenya women’s volleyball team missed out on the world championships. But they did participate in the world grand prix. They recorded surprise wins over Australia and Mexico and another win over arch rivals Algeria. It was a creditable performance especially since Algeria has of late been a tough nut to crack for the Kenyan ladies. They showed signs of going back to the form that saw them dominate the African scene for many years.

KVF also scores highly in grassroots presence because they make it a point to organize tournaments and matches throughout the country. They can do even better if they take volleyball to various neighbourhoods within the City of Nairobi and other large towns.

In terms of youth development, KVF did enter a team in the 2014 Africa youth games where they finished second to Egypt. But the mark of an excellent youth programs is not just results. It is the calibre of players produced by youth schemes. And Kenya is still not producing any world class players from their youth programs.

Gender equity is one area KVF always does well. In fact the women’s team always performs better than the men’s teams and 2014 was no different.

Two Kenyan teams participated in the mens African club championships, GSU and Prisons. They finished 12th and 10th respectively, a stark contrast to past years when they were in the medal contention.

The Kenya women’s vollyeball team did indeed secure a lucrative sponsorship in 2014. This earns the KVF points in public relations.

Kenya’s performance at the 2014 Commonwealth games was way below par. A bronze medal by Ben Njagiru was all Kenya could muster. As a result they finished 13th overall, behind Namibia, Nigeria and Uganda and tied with Ghana and Mozambique. This is a far cry from the 1980s and 1990s when Kenya were not just African champions but also commonwealth games champions. Our boxing officials have yet to come to terms with modern boxing. The performance of the women’s team was worse.

BAK has a social media page that has not been updated for months and their website was shut down for lack of payment. BAK does rather poorly in promoting, marketing and selling their events to the public or even to the grassroots , in neighbourhoods around the city where the sport has a chance to thrive.

BAK does earn some points for gender equity because the women’s team did participate in the Commonwealth games. There is nothing going on as far as youth development and very little in terms of public relations.

The ministry of sport has done little to nothing to enhance the performance of sports teams. Basketball, rugby and football teams performed shoddily in 2014 and the ministry has done nothing to provide remedial measures.

The ministry has a website but it is static and contains very little information on the ministries achievements and activities.

In youth development, the ministry has started the national sports academy but it will not be functional until 2017. The NYTA which is their flagship youth program has yet to bear fruits in terms of producing international calibre players. Also an NYTA program that is based in Garissa is a waste of money since that region hardly produces sportsmen.

Kenyan football clubs are having acute difficulty participating in international tournaments like the Africa champions cup due to the huge financial obligations. There is no help coming from the ministry.

The ministry could also do more to make associations accountable. If FIFA forbids government intervention then why not invite FIFA for dialog.

The ministry has also done nothing to help promote local clubs and local teams. Hooliganism has been a significant problem in Kenya football today. The clubs do not have the capacity to deal with the menace any more than the general public can reduce crime. This task belongs to the government. Yet the ministry of sports has done nothing to help address the menace. In fact they have blamed the very clubs that literally have no control over their fans once they leave the stadium.

In general, all the associations have taken a step back since 2013.