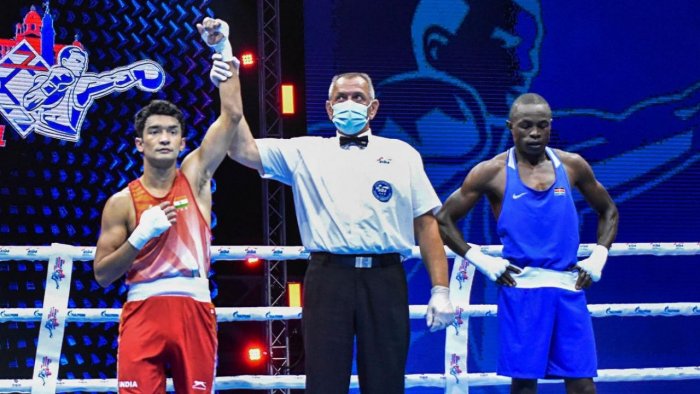 The 2021 AIBA World Boxing Championships were held in Belgrade, Serbia from 25 October to 6 November. For the first time in AIBA’s 75-year history, medal winners were awarded prize money; gold medallists earn $100,000, silver medallists $50,000, and bronze medallists $25,000. For the first time in a long time, Kenya sent a full team of 13 boxers. But the ill-prepared Kenya side lost almost every match heavily.
Veteran Nick Okoth blamed the organizers for Kenya’s debacle. “We realised late in the day that the rules were quite different from those we were subjected to at the Tokyo Olympics.” said an agitated Okoth.”

“Our coaches can’t be blamed in any way. They gave us top-notch preparations only for the judges to use completely different guidelines in determining the winners of bouts,” said Okoth.

“It was never going to be easy for us considering the high calibre of boxers that graced the championships. I’m sure our boxers picked up some crucial lessons heading into the Commonwealth Games,” said Musa.

Shaffi Hassan Lost in the first round to Muhammet Saçlı of Turkey ; Referee stopped Contest