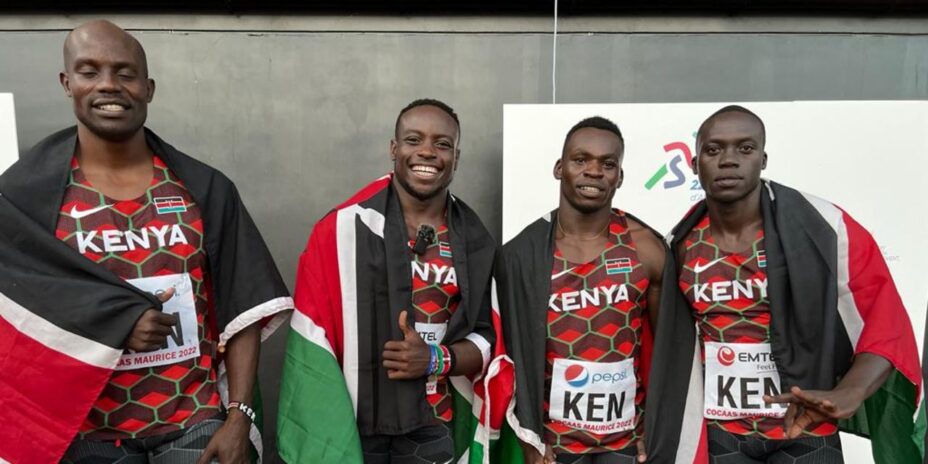 For the first time in history, Kenya are the Africa 4 X 100m champions. This after they won the gold medal at the 2022 Africa athletics championships in Mauritius. The quartet of Dan Kiviasi Asamba, Samuel Imeta, Mike Mokamna and Ferdinand Omanyala delivered the gold medal and in the process, set a new national record with a time of 39.28, slicing 0.12 seconds off the previous record of 39.40.

If you had told anyone even two years ago that Kenya would be Africa champions in this event, they would have laughed in your face. Kenya is usually a non-factor in this event.

The closest Kenya has ever come close to continental glory in this event is perhaps the 1987 All Africa games. On that occassion, the quartet of Peter Wekesa, Kennedy Ondiek, Elkana Nyangau and Sammmy Kipkemboi won the silver medal behind Nigeria. That same quartet would reach the semi-finals of the 1988 Olympic games.

Many will be quick to credit Ferdinand Omanyala with the victory. And he deserves much of the credit. However what delivered the gold medal was a flawless series of baton passes and stellar legs by the other three runners such that by the time Omanyala received the baton, Kenya was already in the lead.