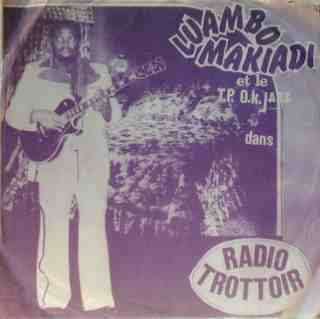 This song was originally released in 1977. Composed by Simaro, it features Youlou Mabiala on lead vocals with Ntesa Dalienst prominently featured on the chorus line.

Radio Trottoir literally means “Pavement Radio”. It is an expression commonly used in Central Africa to describe an informal means of communication . Pavement radio is mistrusted by the public due to its propensity of the genre to include tales of witchcraft and other ludicrous notions.

In this song, a woman accuses her adversaries of destroying her marriage by posting false unverified information in the public medium of Radio Trottoir. 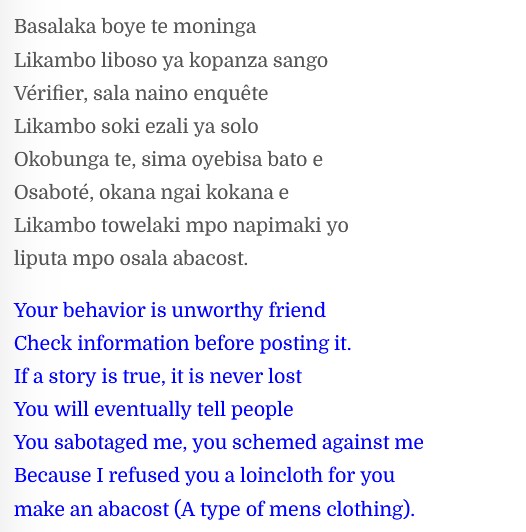 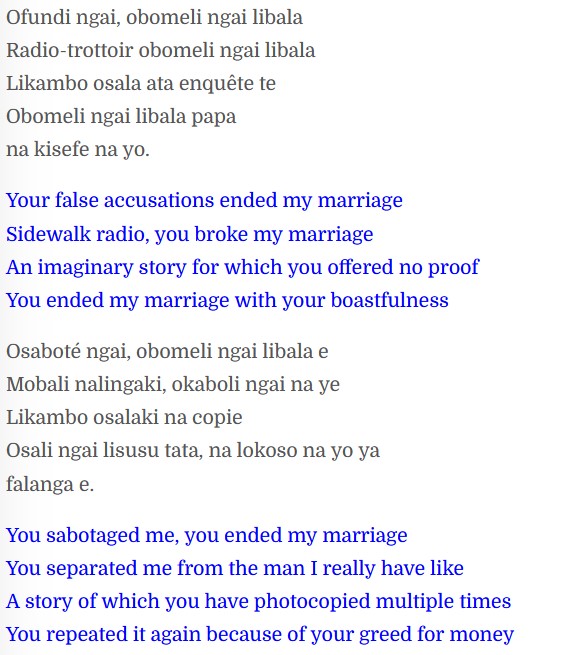 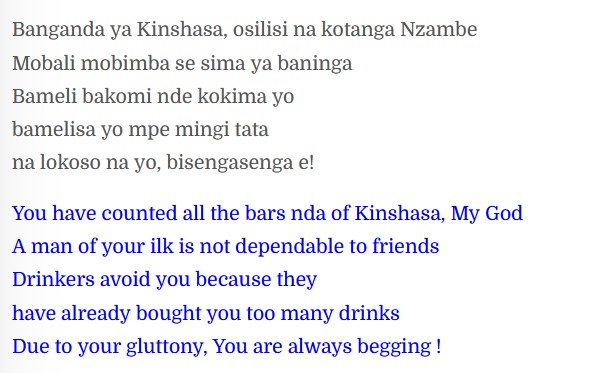 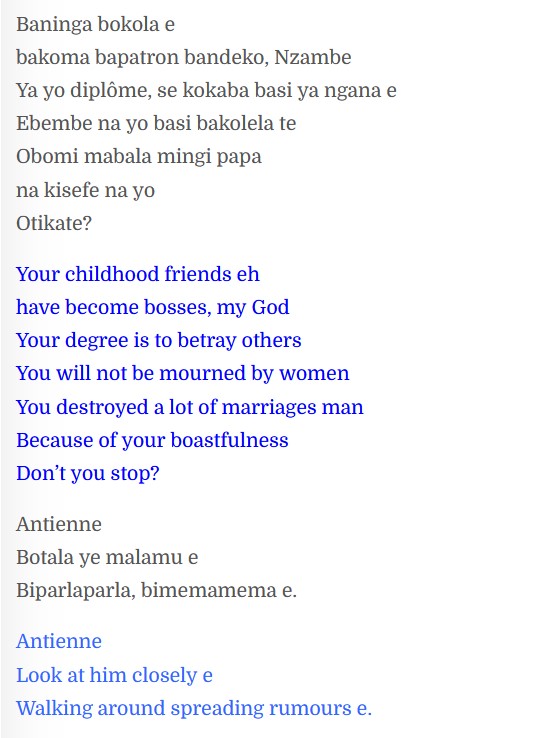