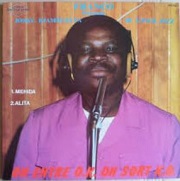 The song Mehida, was composed by Josky Kiambukuta and was released in 1983 as the lead song in the album labeled “Franco Presente Josky Kiambukuta”. The album featured three other songs composed and sung by Josky: Alita, Massini and Limbisa Ngai. A Wife confronts rumour spreaders especially Those who try to destroy other people’s households. She claims that the rumors are spread by people who are obsessed with the private lives of other people. They imagine stories that they interpret to suit themselves. Her bad experience in this area leads her to advise other couples to downplay people’s talks. She says that even if they try to use witchcraft, they will not succeed because they don’t where her umbilical cord was buried. In certain African cultures, the location where an umbilical cord was buried is sacred and finding its location gives a person power over the owner of the umbilical cord.