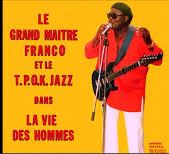 The song Celio, was released in 1986. It was on side B of the album labeled “30 ans du success” and whose feature song was La Vie des Hommes album which was an album released to celebrate the 30th anniversary of TP OK Jazz. Composed by Franco, it was delivered soulfully by the duo of Djo Mpoy and Malage de Lugendo. The two are among the best vocalists in the history of Congolese music. Their voices are so similar that it is difficult for most fans to tell their voice apart. The song is about  a woman who hears rumors about the misconduct of her husband. Her friends insist that she  question the woman who is rumoured to be having an affair with her husband. After lengthy questioning, the wife prevents her rival from seeing her husband again and he says that their marriage is indissoluble.