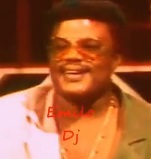 This classic song composed by Madilu System was released in 1986. It was his second major hit after he joined TPOK Jazz. His first one was Pesa Position. Madilu had joined TPOK Jazz in the early 1980s and he first came to fame by singing duets with Franco. It was these songs that cemented his position as a good composer in addition to being an excellent vocalist. The song also features vocals from two excellent singers, Malage De Lugendo and Djo Mpoy.

The song title literally means, if you kill me, I will kill you, we will kill each other