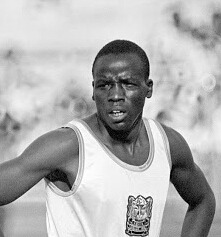 The nation of Kenya has an illustrious record at the Olympics. As of 2020, Kenya has hauled 103 medals at the Summer Olympics, the highest in Africa. The man who started the medal rush was Wilson Kiprugut Chuma, who won a bronze medal in the 800 metres at the 1964 Olympics.

1964 Olympics: First ever medal for Kenya