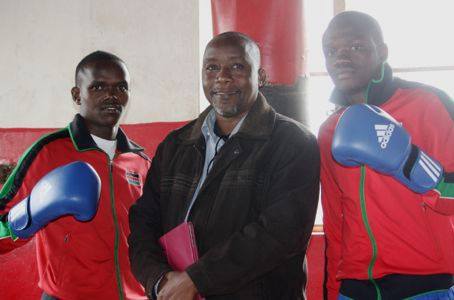 Kenya won only two medals at the 2015 All Africa games. Both were bronze medals won by Elly Ajowi (heavyweight)  and Nick Okoth Abaka (lightweight). As a result Kenya finished 12th overall in the boxing table, a far cry from the 1970s, 1980s and 1990s when Kenya were Africa and Commonwealth games boxing champions.

Nick Okoth had defeated Ethiopia’s Biru Mefsin 3:0 in the opening round. In the next round he beat Mike Oliver Fokoua Tchuem of Cameroon 3:0 . In the quarter-finals he beat Ghobosheane Mohlerepe of Botswana 3:0.  In the semis he lost to Reda Benbaziz of Algeria, the eventual gold medal winner.

Elly Ajowi opened his campaign by beating Kevin Kilendo of Seychelles 3:0. He then beat Arnold Akani Phuzi of South Africa 2:1 to reach the semi-finals before losing to on a third round technical knock out to Nigeria’s Efe Tobor Apochi on a technical knock out.

Bantamweight Benson Gicharu Njagiru  from whom much was expected, reached the quarter-final with a unanimous points victory over Mombey Franck from Gabon in the opening round. In the quarter-finals he lost 3:0 to Khalil Litim of Algeria

Light Welterweight Victor Odhiambo lost in the opening round to Tsepo Lepogo of Lesotho via technical knockout as did Black Moses Mathenge who lost his opening bout to Getachew Akililu of Ethiopia 2:1

Light-Flyweight Peter Mungai received a bye to the second round where he beat Fazil Juma Kaggwa of Uganda 2:1.In the quarter-finals he lost to Matias Hamunyela of Namibia.

Flyweight Simon Mulinge also received a bye to the second round where he beat Prince Moukoyou Kimbouala of Congo 3:0. In the quarter-finals he lost to Mokhoto Moroke of Lesotho via technical knockout.

Welterwight Rayton Okwiri, a bronze medalist at the 2011 edition, opened his campaign with a 3: 0 win over Mohamed Hikal II of Egypt. In the quarter-finals, he lost to Oluwafemi Oyeleye of Nigeria, 2:1

Light-Heavyweight Tobias Okeyo lost his opening round 2:1 to Ekele Danuloko of Nigeria.

Heayweight Daniel Shisia, also a bronze medalist from the 2011 edition, lost his opening bout by technical knockout to Ajagba Efe of Nigeria.

Kenya Squad to the 2015 All Africa Games