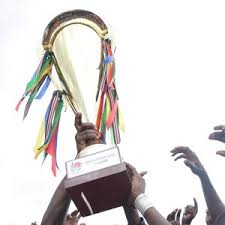 Thanks to an influx of top tier foreign talent, the return of some heavy hitters, the 2014 Kenya premier league promises to be the most exciting one yet. All the top four teams: Gor Mahia, AFC Leopards, Sofapaka and Tusker have strengthened their squads significantly and are ready to challenge for top honours.

Jockins Atudo who central defender played a pivotal role in enabling Kenya win the 2013 CECAFA cup, has returned to Tusker after a stint with Azam of Tanzania. Also joining Tusker is former KPL player of the year Kevin Kimani.The brilliant midfielder Kimani is back on the local scene after a stint in the Greek second tier and is sure to add sparkle to Tusker’s midfield. Humphrey Mieno, the towering midfield maestro has also left Azam and returned to Sofapaka.

2010 Kenya footballer of the year, George Odhiambo “Blackberry” has rejoined the club that launched his career , Gor Mahia. Should he regain his 2010 form, then his partnership with 2012 KPL player of the year Dan Ssserunkuma and another returnee Rama Salim, will give other defences nightmares.

AFC Leopards signed 2013 Kenya player of the year Jacob Keli from KCB. His combination with CECAFA cup final 2-goal hero Allan Wanga promises to be an explosive one. Leopards have also shored up their defence by signing the experienced Joseph Shikokoti and James Situma.

Gor Mahia plugged the gaping hole at left back by signing Uganda Cranes full back Godfrey Walusimbi. Also joining will be another Uganda Cranes stalwart, Godfrey Kizito “Baba” who will add steel to the midfield. In Jared Obwoge , Gor Mahia will hope they have found an able replacement for Raphel Kiongera.

KCB who had a strong season last year have shored up their attack by signing returning players Raphael Kiongera and Ezekiel Odera, two players who had shone brilliantly for the club in the past. Also joining KCB is former KPL top scorer Francis Ouma.

As this column proposed in an article months ago, Sofapaka have moved their base to the newly refurbished stadium in Machakos. Tusker have shifted their home base to Meru. There both teams are sure to draw much bigger crowds. For the first time ever, Sofapaka and Tusker may actually enjoy a home field advantage.

The Glorious return of Nakuru All Stars.

Now known as TopFry Nakuru All Stars, this newly promoted team is the re-incaranation of the original Nakuru All Stars which won the first ever Kenya National Football league in 1963 but was disbanded in the mid 1970s after having been relegated in 1973.

Nakuru All Stars had been a force to reckon with in the 1960s and early 70s before disorganization led to financial issues which eventually doomed the club. When Bata Bullets of Limuru raided the club and signed all their best players, it was curtains closed for that team.

The return of a community team in Nakuru is brilliant news for the Kenya premier league. This is a team that drew larger crowds than their neighbours Ulinzi whenever they played. Their return to the top tier league is sure to draw massive crowds at Afraha. They will have to significantly strengthen their team for them to survive.

Nakuru have also strengthened their side by signing Maurice Odhiambo who joins from a Danish side on loan and promising midfielder Angelo Okumu who comes from Gor Mahia on loan.

Bandari’s conversion to a community team

Bandari have finally seen their light and decided to convert to a community team. It has always been a crying shame that Mombasa , Kenya’s second largest City with almost 1 million people has lacked a team to represent the city. With such a huge potential fan base, Bandari should become a force to reckon with especially of they change their monicker to something like Coast Stars which will further endear them to Coastal fans. Now that Mombasa and Nakuru have community teams, Kisumu ought to follow suit.

Despite losing Shaban Kenga to Gor Mahia, Bandari have an able replacement in Kenya U-20 midfielder Patillah Omoto who should thrive away from the spotlight of Ingwe.

Not to be left behind, Thika United, who finished sixth in the league last season, have signed vastly experienced playmaker Moses Odhiambo from Gor Mahia as well as Ugandan goalkeeper Hassan Muwonge. The youthful and highly Timothy Ludda has the potential to excite fans this season. He had been a target of AFC Leopards who tried deperately to sign him.

The league is set to grow in leaps

All things considered, this is bound to be the most exciting league in years. Gor Mahia as defending champions will be hard pressed to retain the title. More fans will be drawn to the games and it is just a matter of time before the clubs can negotiate a better financial deal from Supersport.