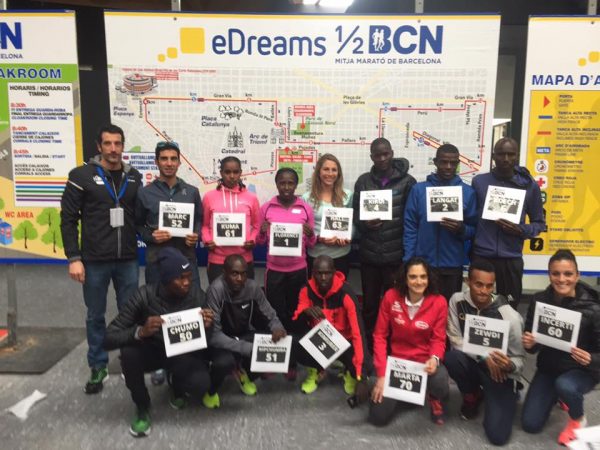 Florence Kiplagat was once again in imperious form as she won the 2017 eDreams Mitja Marato Barcelona in overwhelming fashion. Kiplagat had set world records at this event in 2014 and 2015. However this time, the windy conditions caused her to rule out pursuing the record. She had recently lost the record to compatriot Peris Jepchirchir. Her winning time of 1:08:15 was well ahead of second placed Ethiopian Kuma Dibaba who clocked 1:10:36.

“I’m satisfied with my win but also a little bit disappointed as the wind has annoyed me a lot,” I would have liked to run under 1:06 today but at this early stage of the season I’m not at my peak as I’m still in full preparation for the London Marathon in April. I love to come back to Barcelona every year; I realise people already know me and really appreciate me.  It’s OK, records are there to be broken,” she added when asked about Jepchirchir’s world record earlier in the week. “I’m now happy for her and we’ll try to regain the record in the future.” said Kiplagat,

In the end Leonard Kipkoech made his move in the last kilometre to win in 1:00:52. Little known Meshak Koech was second in 1:00:54 while Kimurer and Kirui took 3rd and 4th places.